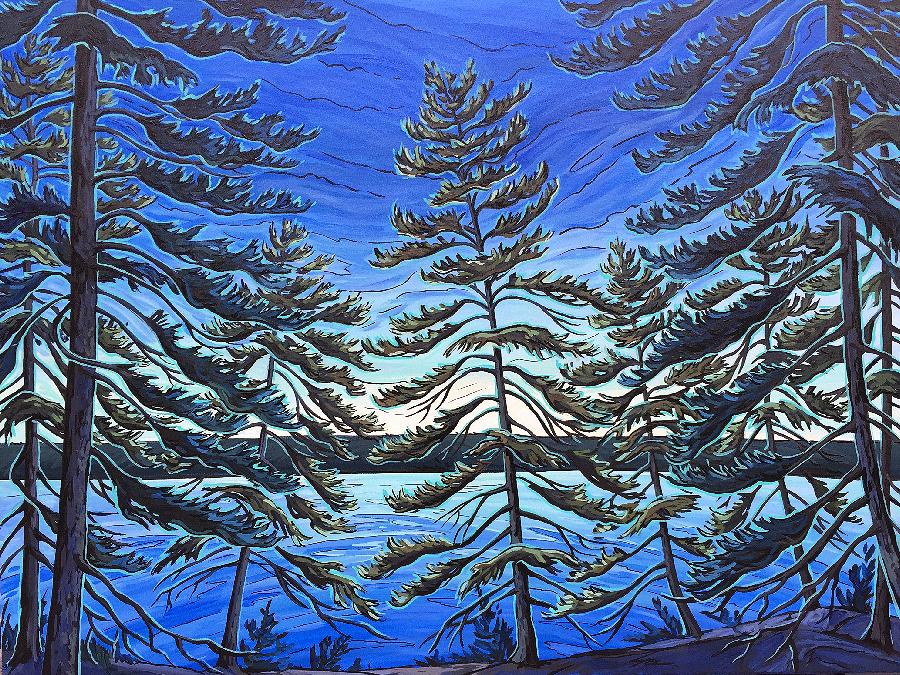 Celebrate Confederation’s 150th with an epic show of Canadian art at Gallery on the Lake in Buckhorn (including this piece by Jenny Kastner), read about a local woman who quit her job to buy a winery in the countryside to open Jewel Just Fine Wines in Warsaw, and learn the best tips for buying and selling shoreline property from Lynn Woodcroft of Royal LePage Frank Realty in Buckhorn. (Photo: Gallery on the Lake)

This month, we look at three Kawartha Chamber of Commerce members who offer the best in art, wine, and real estate. Celebrate Confederation’s 150th with an epic show of Canadian art at Gallery on the Lake in Buckhorn, read about a local woman who quit her job to buy a winery in the countryside to open Jewel Just Fine Wines in Warsaw, and learn the best tips for buying and selling shoreline property from Lynn Woodcroft of Royal LePage Frank Realty in Buckhorn.

All three of the businesses profiled below — Gallery on the Lake, Jewel Just Fine Wines, and Lynn Woodcroft of Royal LePage Frank Realty — are proud members of the Kawartha Chamber of Commerce & Tourism. The chamber represents members in Curve Lake First Nation and the municipalities of Douro-Dummer, North Kawartha, Selwyn, and Trent Lakes. Visit kawarthachamber.ca for more information.

Gallery on the Lake allows you to experience proudly Canadian art 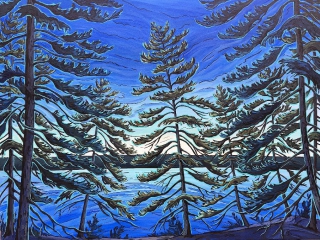 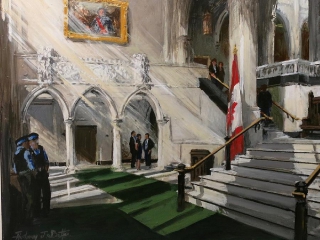 Different artists had different takes on the Canada 150 theme; here is detail from a work by Tony Batten. (Photo: Gallery on the Lake) 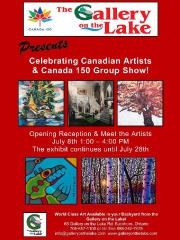 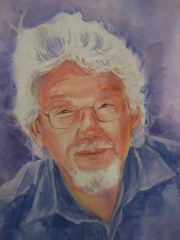 Artist Beverly Sneath chose to pay tribute to Canada with portraits of David Suzuki and Leonard Cohen. (Photo: Gallery on the Lake)

Esther Inglis, owner of Gallery on the Lake (65 Fire Route 21, Buckhorn, 705-657-1108) is an avid fan of Canadian art. The gallery exhibits exclusively Canadian art, with an emphasis on iconic Canadian landscapes. The gallery also features artists who specialize in florals, figurative art, and pieces that verge on the abstract.

All of these styles have come together this July in a show marking the 150th anniversary of Confederation.

“We have an enormous roster of really exceptional Canadian artists,” Esther notes. “We thought this would be a great opportunity to mark the milestone with this show.”

We have an enormous roster of really exceptional Canadian artists … We’ve never done anything quite like this before.

Esther says that the groundbreaking show features work from over 50 artists.

“It’s quite impressive. It’s stunning. We’ve never done anything quite like this before.”

Gallery on the Lake has featured some exceptional exhibits in the past. “There’s been some moments, I tell you!”

Two that Esther remembers fondly were shows featuring the art of Norval Morriseau, held in 2008 and 2014.

“At the exhibit in 2008, we found out that Morriseau had lived in Buckhorn. So we planned a future exhibit that would focus on some of the art that he produced while he was in Buckhorn.”

Morriseau would stay in Curve Lake with the Williams family, and at one point he rented a farm on the lake from the Whetungs.

“What we wanted to do was gather information from all those who knew him when he lived here and some art that he created when he was here.”

The exhibit was called “The Homecoming”, and was opened with music from Curve Lake singers and drummers.

Esther also recalls a Tim Packer exhibit where one of his paintings went so viral on Linkedin in the lead up to the show, that his account was temporarily suspended.

Tim was spending four hours a day responding to comments. The high volume of comments coming from his accounts led it to be flagged as a potential bot.

The painting, called “Shall We Dance”, sold within minutes of the show’s opening.

Why have art in your home?

Esther says that having art in your home is important.

“There are people that come into the gallery and tell me ‘I buy a piece of art because it brings meaning into my life.’ That’s pretty deep, but that’s what it does for some people.”

Esther also points out that art can evoke a sense of connection.

“Many people will say ‘I bought a painting and every time I look at it I feel something different, or it stirs up a different emotion in me.’ It feeds your soul.”

The gallery stands as a tribute to a local artist

The Gallery on the Lake was created by artist Edwin Matthews, who used to host shows from his home. He started to get a lot of people coming to these openings, so he decided to build a gallery. Esther credits him with the gallery’s continued success.

“Without his effort and vision, there would be no Gallery on the Lake. All I did was try to live up a little bit to his legacy.”

Gallery on the Lake is open seven days a week from 10:00 a.m. to 5:00 p.m. You can find them online at www.galleryonthelake.com, on Facebook and Twitter.